I just read this article:
http://m.washingtonpost.com/news/the-intersect/wp/2014/07/14/why-you-should-really-seriously-permanently-stop-using-your-smartphone-at-dinner/

What I think I find most interesting about this article, is that it is only being written now. Back in 2004, I was sitting in a rather upscale restaurant in Atlanta, GA with a friend. The table next to us was set up for 10 people and when they arrived, they all got out their phones. For the entire duration of their meal, they were on the phone.

This is now a decade later. Most people don't even want to *talk* on the phone anymore. Between screening calls and texting, voice on voice action rarely occurs. I think that the technology is only an enabler to a much larger social issue.
Posted by Genius Moose at 4:43 PM No comments: 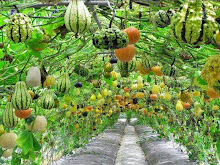